The IFSP’s Tax and EU Affairs sub-committee during 2018 has worked on behalf of its members on a number of fronts, namely the Mandatory Disclosure Directive, the implementation of ATAD, the taxation of digital assets, the ongoing problems with delays in the processing of tax refunds and the Majority Voting Proposal by the EU Commission.

The EU Mandatory Disclosure Directive started having an impact on tax advisors on 28 June 2018, even though reporting will only come into play in 2020.  At IFSP we encourage compliance by our members and to this end we 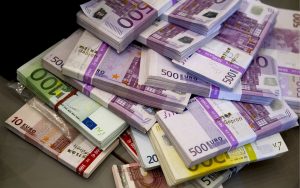 have had and have good interactions with the Revenue with a view to understanding the manner in which the Directive will be interpreted and implemented.

In this regard a few points are of note: first the Directive is a step in the right direction, though it goes beyond the OECD’s recommendations, and second it also tends to create uncertainty due to the broad scope and undefined terms subject to varying interpretation. Third, the main benefits test does not apply to all hallmarks, thereby capturing non-tax driven structures.

Malta has implemented the EU Anti-Tax Avoidance Directive (ATAD) and we expect that guidelines will be issued in the near future by the Revenue providing further guidance on same. . The IFSP’s work has evolved from the provision of feedback to the authorities on the Directive’s implementation to the manner in which further guidance could be provided.

Virtual financial assets and indeed the entire range of fintech has exploded over the course of 2018, and has come to constitute one of the leading issues for the country. Besides the regulatory and technical aspects, the way virtual assets may be incorporated into the tax system has also been a point of focus for the tax sub-committee.  The Tax and EU Affairs sub-committee has worked on the series of guidelines on the tax treatment of virtual financial assets, recently published by the ITU. The three guidelines covering income tax, duty and VAT can be attributed to the IFSP’s Tax Committee’s commitment to innovation, in practice translating into support provided to the ITU. Prior to, and in preparation of drafting the guidelines, the IFSP had previously prepared a paper on the manner in which tax rules and principles could address cryptocurrencies and distributed ledger technology transactions. Work in this nascent sphere is expected to be ongoing.

Refunds, unfortunately, remain a problem despite the substantial efforts of the sub-committee working with the International Tax Unit to find an effective solution through the proposal and discussion of possible solutions. Thus far, these efforts have not achieved the success desired. This is unfortunate, but members can rest assured that the sub-committee will continue to engage with the authorities until an effective solution is put in place.

On 15 January 2019, the Commission issued a communication on extending qualified majority voting to all EU tax policies. The document suggests a progressive approach to phase out national vetoes on matters of taxation by the end of 2025 and replace the current unanimity rule with Qualified Majority Voting (QMV). Under QMV, the European Parliament and EU Council are co-legislators on an equal footing, and a minimum of sixteen Member States, representing at least 65% of the EU population, must vote in favor of the legislation. Official opposition has been voiced by Malta, Sweden, Cyprus and Ireland. The IFSP’s Tax Committee is in the process coordinating one memo with arguments against such move by the EU, with MIA and MIT. 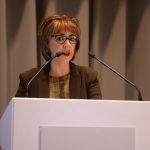 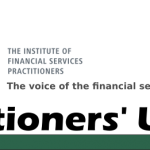