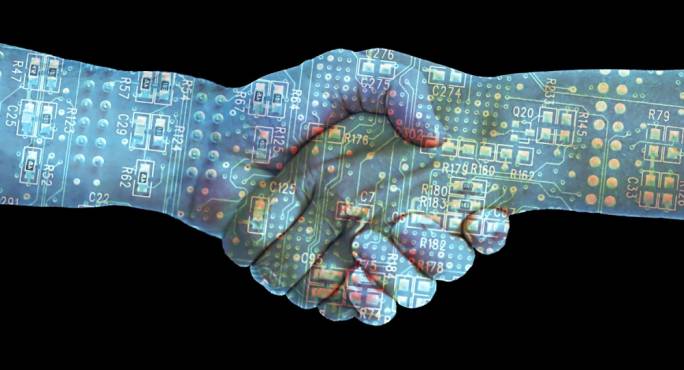 The Maltese government has started revealing details of an ambitious plan to turn the island into one of the first countries in the world to embrace the blockchain technology.

In an interview with MaltaToday, the parliamentary secretary for the digital economy, Silvio Schembri said that the plans are twofold – for blockchain to be rolled out across the board in the public sector and for Malta to become a hub for international companies that operate on the technology.

“We already have all the elements in place to embrace blockchain – a gaming sector and a robust gaming authority, a strong financial services sector, a reliable ICT infrastructure, an attractive taxation system, and a flexible and pro-business government,” he said.
“We’ve heard enough about the opportunities posed by blockchain and it’s now time to put words into action to create new opportunities for both citizens and the economy. It’s my priority to turn this vision into a reality.”

Blockchain, the electronic ledger originally designed to underpin the Bitcoin cryptocurrency, is now being eyed by governments and businesses alike as a tool to ensure a higher degree of transparency, security and cost efficiency when carrying out transactions and recording data.
Back in April, Prime Minister Joseph Muscat revealed that the Cabinet has approved the first draft of a national strategy to promote this technology and that he intends Malta to be a “global trail-blazer” in this regard.

Now Schembri has confirmed that he recently showed these plans to the seven largest consultancy firms on the island and commissioned each to work on an implementation strategy. The government will then analyze them, decide which strategy or combination of strategies to stick with, and present a plan for public consultation.

The plan is to implement blockchain across the public sector, most notably in the Lands Registry – which will be made public – and the national health registries.
“At the moment, the government still doesn’t have a digital system that lets it know which lands it has and how much they are worth,” Schembri said. “Blockchain provides us with the opportunity to go digital, which will improve transparency and give people peace of mind that the government is managing its land efficiently. The technology makes it impossible for files to get lost or be tampered with, meaning such problems will become a thing of the past.”

Health registries will not be automatically transferred onto the blockchain, but rather patients will be allowed to choose which parts of their health data to disclose and which not to.

“Our intention is to give patients full control over their own health data. As it stands, the data belongs to medical consultants and hospitals and they sometimes refuse to hand it over to patients when they change consultants.”

He added that a project to promote blockchain in the education sector will also be announced by the education ministry in the coming days.

‘Blockchain is the new iGaming’

On a macro-level, Schembri said the government plans to turn Malta into a hub for businesses that operate on blockchain, in a similar fashion as it had attracted iGaming companies.
These will include companies that offer services in smart contracts, which use blockchain technology to verify and enforce business contracts quickly and in a manner that is non-tamperable – essentially cutting out the lawyers.

To this end, a new authority will be set up to regulate the new industry and to hand out licences to them as the Malta Gaming Authority does to gaming companies.

As with iGaming, the aim will be for these companies to boost the Maltese economy through taxes, licence fees, and economic consumption of their Malta-based employees.

“There are many of these companies out there who are itching to have a proper licence under which to operate, and we could be the first in Europe – if not the world – to provide them,” Schembri said. “Some oil companies are interested in shifting to blockchain – can you imagine how much money we can earn through taxation if they register in Malta?”

He added that Malta would have an edge in attracting these companies because the Labour government is particularly business-friendly – ministers and even the Prime Minister often agree to meet up with businesspeople only a few days after receiving an e-mail request.
“This government is very accessible and it doesn’t shy away from taking decisions, even controversial ones, if they are in the country’s best interests.”

MFSA chairman’s role to be split

The government’s embrace of the digital economy will also include a revamp of the Malta Financial Services Authority, the details of which will be announced in a White Paper that will be published in the coming days. Schembri said that the reform is intended for the MFSA to be run on a private business model, and will include new positions and roles and more technological and infrastructural investment.

Notably, the successor of the MFSA’s long-standing chairman, Joe Bannister – who will step down before year’s end – will have fewer powers than the incumbent.

“We haven’t identified a replacement for [Bannister] yet because we plan to restructure the position and split up some of the chairman’s role,” he said. “He is fully on board with the planned reform and the plan is for there to be a smooth transition from him to his successor.”

Source:  This article was written by Tim Diacono and published on http://www.maltatoday.com.mt 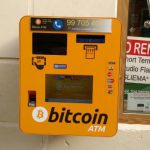 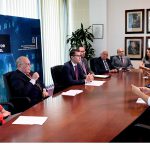 Consultation document for the strengthening of the Malta Financial Services Authority