Malta has continued to rank among the top 5 European Union Member States according to the latest Competitiveness scoreboard published by the European Commission today.

The Minister for the Economy, Investment and Small Business Chris Cardona attended the Competitiveness Council meeting in Brussels where EU Ministers focused on how to improve the needed access to finance for EU companies and scale-ups.

During the first part of the council meeting, the ‘Competitiveness Check-up’ was discussed. The data presented by Commissioner Bienkowska highlighted how Malta is ranked with the top five Member States in the following areas :

Whilst welcoming Commissioner Bienkowska’s presentation, Minister Cardona emphasised the importance of improving access to finance for enterprises, particularly for start-ups and scale-ups so that the EU would be on a par with its international counterparts.

Malta also welcomed the Capital Market Union Action Plan which aims at establishing an integrated capital market in the EU boosting the creation of jobs and economic growth.

The Council held a policy debate on the collaborative economy and how to find a balanced approach so as to harness the great economic potential offered by business models. Minister Cardona noted that the peer-to-peer economy may provide various economic benefits to the suppliers of the service, creating new employment possibilities and also to customers who may benefit from potentially lower prices and better and flexible services. However, a balance needs to be struck to safeguard the conditions of work of any employees involved and consumers’ protection,  all the while taking care not to stifle a collaborative economy.

Minister Cardona commended the exchange of best practices among Member States on policy approaches and discussions on developments in various sectors.

In the margins of the Council, ministers were invited to sign the Joint Initiative on Standardisation.  This initiative brings together European and national standardisation organisations and bodies, industry, SMEs, and consumer associations.

During a working lunch, ministers discussed the situation in, and the future of, the construction sector, including actions at EU level to promote digitisation in the sector.

The afternoon session was devoted to industrial policy. Ministers took stock of the latest developments in the European steel industry and discussed the best possible measures and actions to improve the competitiveness of the sector.

Source:  Press release issued by the Ministry of Economy, Investment and Small Business 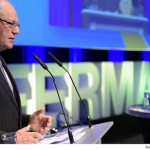 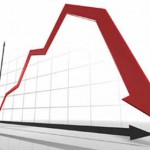