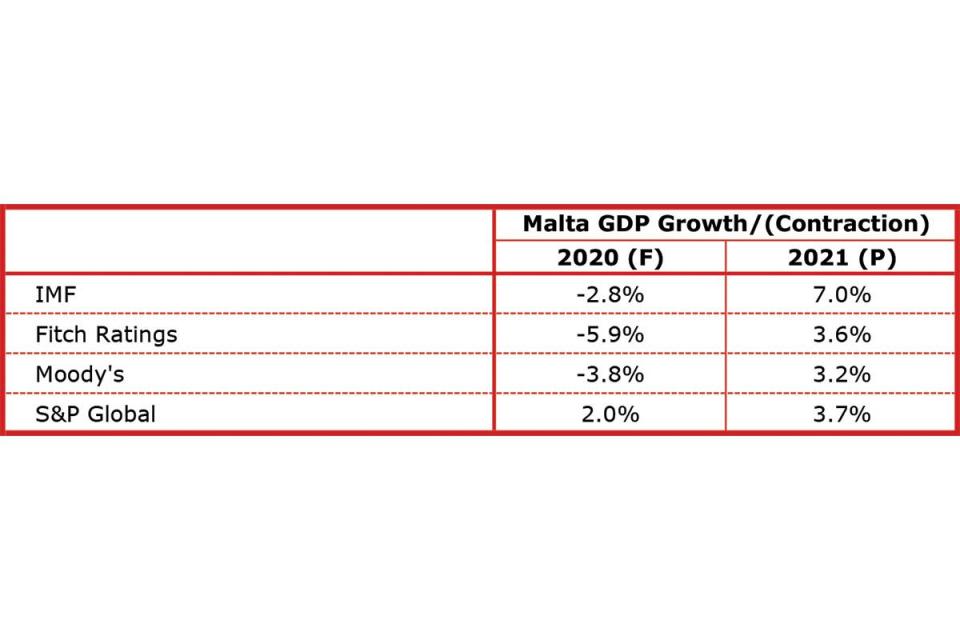 In the World Economic Outlook published last week, the IMF estimated the global economy will contract by three per cent but is expected to grow by 5.8 per cent in 2021 assuming the pandemic fades in the second half of 2020. On the other hand, the IMF stated that given the uncertainty, there are other possible scenarios which could lead to weaker economic performances worldwide if the pandemic does not recede during the second half of this year.

Fitch Ratings maintained Malta’s rating at ‘A+’ but revised the outlook to ‘stable’ from ‘positive’. Fitch said it forecasts real GDP to contract by 5.9 per cent in 2020 and expects GDP growth to be 3.6 per cent in 2021. With respect to the tourism sector, Fitch Ratings stated it expects Malta to suffer a sharp contraction in the second quarter of 2020, before recovering slowly in the second half of the year. Fitch stated that hotel occupancy in 2020 is expected to be close to 50 per cent of 2019 levels, with the remaining sectors dependent on tourism to be harshly affected. Fitch estimates the government to register a budget deficit of 8.2 per cent of GDP in 2020, from a surplus of 0.8 per cent in 2019. The rating agency then expects a budget deficit of five per cent of GDP in 2021. Meanwhile, the overall general government debt is expected to increase to 55.7 per cent of GDP in 2020, from an estimated 43.4 per cent in 2019, reflecting the expected additional borrowings of up to €2 billion during the course of this year.

Fitch Ratings also stated there could be “material downside risks” to their forecasts. Fitch stated that “the extent and duration of the restrictions on activity could be greater and longer than expected, or the tourism sector could fail to recover in 2H20, especially if Malta or its trading partners extend their lockdown periods”. If such a scenario were to materialise, Fitch acknowledged that one “would expect a larger decline in output in 2020 and a weaker-than-expected recovery in 2021”. Fitch estimates Malta’s unemployment rate will increase to 6.1 per cent in 2020 from 3.4 per cent in 2019 before edging down to 5.1 per cent in 2021.

Moody’s affirmed Malta’s credit rating at ‘A2’ with a ‘stable’ outlook. Moody’s said the stable outlook on the rating reflects its expectation that although the outbreak of the coronavirus will cause a significant economic and fiscal shock in 2020, it expects the outbreak to have a short-lived negative impact on Malta’s economy or public finances. Moody’s expects Malta’s GDP to contract by 3.8 per cent in 2020 and to grow by 3.2 per cent in 2021. Moody’s explained that although tourism remains a key sector, the remote gaming sector and professional services sector have grown in importance and these are not expected to be significantly affected, thus compensating for the harder-hit sectors.

S&P was the first rating agency to issue its updated views on Malta. In mid-March, S&P maintained Malta’s ‘A-/A-2’ sovereign credit rating but revised its outlook to ‘stable’ from ‘positive’. The agency explained that the outlook was changed in view of “a likely sharp economic slowdown emanating from the spread of COVID-19, which we expect will have a negative effect on external demand from Malta’s key economic partners”. Moreover, the agency indicated that the outlook was also changed due to fact that “the country’s reputational risks related to weaknesses in regulatory financial and anti-money-laundering supervision represent an increasing risk to its macro-financial stability”. In last month’s report, S&P estimated that Malta’s GDP will grow by two per cent in 2020 down from 4.4 per cent in 2019. The rating agency also anticipated that GDP will grow by 3.7 per cent in 2020.

The coronavirus created the biggest economic uncertainty in several decades for economies worldwide including Malta. The projections for Malta’s short-term economic prospects by the IMF and the three major credit rating agencies vary significantly. It is hard to predict what the immediate future will hold and it all depends on the duration of the economic lockdown and when certain sectors of the economy will start opening up again. Many economic sectors in Europe and the US seem to be moving to a gradual reopening during May and it is likely Malta will also follow the same pattern. However, the overall impact is also largely dependent on when foreign airports resume normal operations and which airlines will take to the skies again. This will then allow the Maltese authorities to consider the strategy for Malta’s airport.

The future performance of Malta’s capital market is naturally dependent on how Malta’s economy is likely to respond following COVID-19. However, equity markets generally tend to look well beyond the immediate economic outlook. In fact, the US stock market rebounded swiftly from its low on March 23 despite some terrible economic news, a huge increase in unemployment figures and the rout in the oil market. This upturn in equities materialised as a result of a massive boost from the Federal Reserve, hopes of a successful reopening of the economy as the number of coronavirus cases may have peaked in various parts of the world, as well as higher hopes for a possible coronavirus medical treatment. This led to a slight improvement in investor sentiment instigating some investors to ‘buy the dip’ so as not to miss out on the eventual recovery in some share prices. This investor reaction was also limitedly evident in Malta recently when the share price of Malta International Airport plc fell sharply to a low of €3.50 incidentally also on Monday, March 23. However, in a spectacular fashion not often seen in Malta, the share price regained the €5 level by the end of the same week.

With a number of companies publishing their annual financial statements over the next week, many investors will be seeking guidance on the expected performance of the respective companies post COVID-19 despite very uncertain times ahead. Another important dimension that could largely shape local investor sentiment would be any assistance the government may launch to assist issuers on the Malta Stock Exchange as highlighted by several contributors in the media over recent weeks. 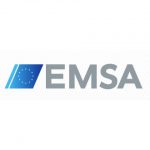