The Ministry for Finance and Financial Services welcomes the GDP data for the first quarter of this year published by the NSO, which shows that, despite the global pandemic, the Maltese real economic growth managed to remain in positive territory with a rate of 0.5 per cent. Nominally, GDP grew by 1.9 per cent.

Malta fared quite well when compared to the EU and Euro Area averages. Indeed, according to Eurostat, during the same period the EU economy shrank by 2.6 per cent while the Euro Area recorded a drop-in growth of 3.2 per cent. Large EU economies including Germany, Italy, France and Spain recorded significant drops in their GDP.

Despite the global pandemic, wages and salaries increased by €78 million during the first quarter of this year. Business profits also increased during this period by €36 million. In contrast, net taxation on production and imports decreased by €55 million. This decline reflected the subsidies being given to companies which need to be netted out of the GDP. The new measures were introduced by the government as part of a bigger package to support businesses retaining their employees in the context of restrictive measures and reduced work.

Economic growth in the first quarter was fuelled by the increase in gross value added of €72 million, as most sectors recorded positive nominal growth rates. In fact, growth in gross value added recorded by construction, real estate activities, financial, insurance, professional, scientific and technical activities, the arts, entertainment and recreation and the manufacturing sectors compensated for the main decreases recorded in the wholesale, retail, accommodation and food service sectors. The government increased investment by €77 million.

During the first quarter of 2020, total final consumption expenditure increased by 2.4 per cent in nominal terms and 0.6 per cent in volume terms as the government increased expenditure to support businesses and mitigate the economic impact of COVID-19 on families. External demand also had a positive impact on GPD growth as the decrease in imports was higher than that in exports.

“As predicted by the IMF, the EU and the Credit Rating Agencies, the Maltese economy was hit by the COVID-19 pandemic at a time when it was well diversified, resilient and with enough fiscal space to combat the crises with confidence. We augur that we will continue to minimise our inevitable losses. The government is determined to continue providing the required support to all affected sectors while pushing towards a successful and quick recovery,” commented Minister for Finance and Financial Services Edward Scicluna.

The COVID-19 measures introduced by the government did not come without expense. Indeed, due to the tax deferrals given to companies, latest public finance data on a cash basis issued by the NSO showed that revenue for the period of January to April decreased by €220 million, while recurrent expenditure increased by €170 million. Expenditure on interest payments decreased during the January to April period by €4.4 million.​ 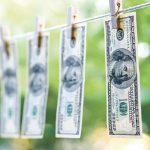 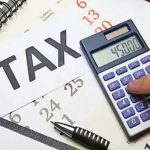