Creditreform assigns A+ rating to Malta

Creditreform assigns A+ rating to Malta

Creditreform Rating AG, which forms part of the worldwide operating Creditreform Group, was established in 2000 and is considered as one of the leading rating agencies in Europe.

In its report published earlier today, Creditreform said the positive sovereign rating was based on “Malta’s high level of creditworthiness mainly based on its strong macroeconomic performance and strong fiscal sustainability.”

The report highlighted the fact that Malta’s potential growth is among the highest of all euro area members, and that such dynamic growth, which is backed by a buoyant labour market, is supporting Malta’s income convergance towards the EU-28 average. Creditreform expects favourable growth prospects for the Maltese economy in the coming years, supported by moderate growth in investment and growth in private consumption reflecting further improvements in labour market conditions and wage growth. Furthermore, it confirmed that Malta’s current fiscal consolidation is expected to progress in 2016-17, with potential risks vis-à-vis its large banking sector seeming to be broadly contained. It also views ongoing pension reform efforts as essential to warrant long-term fiscal sustainability.

Malta was also praised for its “strong institutional framework” and its efforts at addressing the high stock of non-performing loans, NPLs and improving access to funding especially for SMEs through the implementation of various reforms including the central credit register and the Maltese Development Bank. Creditreform also noted that Malta is in line with its euro area peers as regards to the quality of regulation and the perceived level of corruption.

Minister for Finance Edward Scicluna said that: “We are happy to note that the first rating on Malta by this German rating agency is very positive and consonant with the other four rating agencies.” 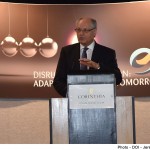 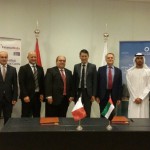