The European Commission is recommending a “phasing out” of Malta’s citizenship sale scheme, in a letter sent to the government.

EU Justice Commissioner Didier Reynders confirmed during a European Parliament Civil Liberties and Justice committee debate on Thursday that the Commission had written to Malta, Bulgaria and Cyprus about transition away from such schemes.

Reynders said the commission has received feedback from all three countries about the request.

The commissioner acknowledged that these schemes were a national competence, albeit with an impact on the whole EU.

He said the commission was in discussion with all three countries to see the “possible evolutions” of these schemes.

The Office of the Prime Minister did not respond to an immediate request for comment from Times of Malta about the commission’s proposal.

The commission had also raised concerns about how the schemes operated by Malta, Bulgaria and Cyprus had no real obligations for the passport buyer to physically reside in the country or have genuine connections to it before obtaining citizenship.

Prime Minister Robert Abela, whose law firm used to sell Maltese passports prior to him taking power in January, has in the past dismissed calls for the scheme to be terminated.

When questioned about the scheme in January, Abela said it had brought a lot of good to the country and he wanted to preserve it.

Abela said the scheme’s due diligence systems were already high, as evidenced by the volume of applications that are rejected.

Opposition leader Adrian Delia had refused to be consulted on who should be appointed to head the scheme’s regulator, insisting the scheme had left Malta’s reputation in tatters.

A European Parliament delegation had described Malta’s scheme as risking “importing criminals and money laundering into the whole EU.”

Last November, a magisterial inquiry was opened after one of the scheme’s agents was secretly filmed boasting about how his high-level connections could facilitate the application process.

Three years ago, a magisterial inquiry was opened into a leaked FIAU report detailing suspicions that the former prime minister’s chief of staff Keith Schembri took a €100,000 kickback on three passport sales. 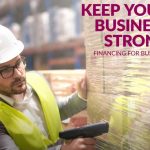 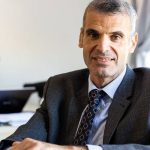