Malta’s ratings balance high income per capita, euro area membership and large net external creditor position, against its large banking sector, relatively high government contingent liabilities and vulnerability to shocks due to its small, open economy, and reliance on tourism. Malta outperforms the ‘A’ median on the World Bank governance indicators, although its scores on the ‘Voice and Accountability’ and ‘Control of Corruption’ subcomponents have been slipping in recent years.

Fitch forecasts Malta’s real GDP to contract by 6.9% in 2020, a moderate downward revision from our review in April (5.9%), with declining net exports playing a significant role. The tourism sector suffered a large contraction in 2Q20, owing to continued traveling restrictions. As of April, tourism overnight stays collapsed to under 10,000 stays (871,000 in April 2019), according to Eurostat data. Malta’s government plans on fully lifting traveling restrictions on 15 July. Nevertheless Fitch expects only a slow recovery in 2H20 and for international tourism arrivals and hotel occupancy to remain below 2019 levels in 2021 and 2022.

While the government plans on introducing vouchers for residents to spend on domestic tourism, this might have a limited effect as foreign tourism represents around 97% of total stays in the high-season. The tourism sector contributed about 13% of GDP in 2018 (excluding indirect effects) and 15% of employment, according to the OECD (2020). While there are still material downside risks to growth forecasts, we now believe risks to be more balanced.

Malta’s medium-term potential growth remains strong and well above the eurozone average, at 3.0%-3.5%. Historical GDP was recently revised upwards, with 2019 growth raised to 4.7% from an earlier estimate of 4.4%. Inward migration has helped support growth in recent years. While loss of foreign labour due to the pandemic is expected to generate negative migration for 2020, this should be temporary and reversed once conditions improve. Fitch forecasts growth to rebound to 4.1% in 2021, before easing to 3.6% in 2022.

Fitch estimates the general government balance will deteriorate to a deficit of 9.2% of GDP in 2020 (8.2% in April’s review), from a surplus of 0.5% in 2019, based on the operation of automatic stabilisers and the direct budget impact of government measures. Further to the EUR520 million (4.1% of GDP) in government measures announced in March, in June the government announced a EUR900 million (6.8% of 2019 GDP) fiscal support package, which includes EUR400 million infrastructure spending (3% of GDP) over the coming years as well as the extension of tax deferrals and wage subsidy schemes. In addition, the government allocated EUR350 million (2.6% of GDP) in guarantees through the Malta Development Bank, which could be leveraged to a total portfolio of loans under guarantees of EUR780 million (6% of GDP). Lower spending and a rebound in economic activity should help shrink the deficit in 2021 to 6.1% of GDP and 3.4% in 2022.

Despite the government’s fiscal measures to support the economy, we expect the coronavirus pandemic to affect labour market dynamics, with the registered unemployment rate increasing to 7.1% in 2020, from 3.4% in 2019. The large share of foreign labour in the workforce supports the flexibility of the labour market and the expected outflow of foreign labour could help lower the unemployment rate through the crisis, but would have a further negative effect on private consumption.

Despite the external shock, Fitch projects Malta will maintain a current account surplus in the medium term. We forecast it to narrow to 1.4% of GDP in 2020 from 9.7% in 2019, before rebounding to 5.1% in 2021 and 7.6% in 2022, as the tourism sector starts to recover and exports of services rise to previous levels. Malta will retain its large net creditor position at 143% of GDP at end-2020.

Fitch affirmed Bank of Valletta’s Long-Term IDR at ‘BBB’ with a Negative Outlook on 27 April 2020. We believe financial soundness indicators are strong, with a high common equity Tier 1 ratio of 17.5% at end-2019 for core domestic banks, and provide a buffer to the financial system in the event of a sharper GDP contraction than forecast. While asset quality is likely to deteriorate, non-performing loans (NPLs) had declined to 3.2% at end-2019 (for core domestic banks) from 3.4% a year earlier. Banks were directed to offer a six-month moratorium on repayments on capital and interest for borrowers negatively affected by coronavirus disruption, which could amount to 11% of the credit stock. The share of loans to non-residents (around 11% at end-2019 for core domestic banks) remains high and a risk factor, but they have stabilised around 8%-15% over the past few years.

Fitch’s proprietary SRM assigns Malta a score equivalent to a rating of ‘A+’ on the Long-Term Foreign-Currency (LT FC) IDR scale.

Fitch’s sovereign rating committee did not adjust the output from the SRM to arrive at the final LT FC IDR.

The committee decided to remove the -1 notch on the external finances, which had reflected Malta’s small and highly open nature, including the large share of tourism in the economy activity. The current shock has exposed Malta’s vulnerability to external shocks and resulted in worse macroeconomic and public finance metrics and a moderate deterioration in external finances, which have been partly reflected in the lower SRM score in this review.

Fitch’s SRM is the agency’s proprietary multiple regression rating model that employs 18 variables based on three-year centred averages, including one year of forecasts, to produce a score equivalent to a LT FC IDR. Fitch’s QO is a forward-looking qualitative framework designed to allow for adjustment to the SRM output to assign the final rating, reflecting factors within our criteria that are not fully quantifiable and/or not fully reflected in the SRM.

Factors that could, individually or collectively, lead to positive rating action/upgrade:

Factors that could, individually or collectively, lead to negative rating action/downgrade:

Additional information is available on www.fitchratings.com 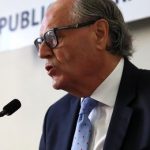 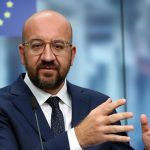