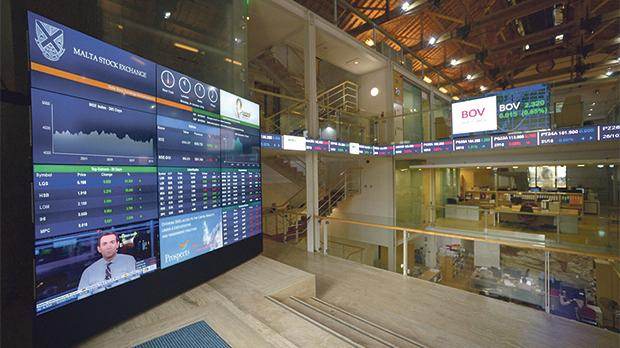 In February 2016, the Malta Stock Exchange launched Prospects to offer small- and medium-sized enterprises (SMEs) an alternative source of raising finance through the capital market. Since its launch, there have been five issuers on Prospects and many investors may be questioning the difference between the main market and prospects.

Today’s article is intended to provide a high-level comparison between the regulated main market and Prospects.

Prospects is not a regulated market in terms of the Markets in Financial Instruments Directive (MiFID). In Malta, there are three regulated markets, namely (i) the Official List (the main market); (ii) the junior market which is referred to as the Alternative Companies List (ACL); and (iii) the European Wholesale Securities Market (EWSM) which lists wholesale-denominated debt securities, i.e. bonds with a denomination of over €100,000.

Prospects is a multilateral trading facility (MTF) operated by the MSE and serves as a trading platform for debt and equity securities issued by companies. It is targeted mainly at start-up companies and SMEs. The EU definition of an SME revolves around three determining factors – a company’s headcount (number of employees) and either the turnover orbalance sheet total of the company. Basically, companies classified as SMEs cannot have more than 250 employees and must have either an annual turnover of less than €50 million or total assets of less than €43 million.

Prospects targets security issues of less than €5 million in value and where the offer is not made to more than 150 natural or legal persons in any one member state of the EU. Offers to the public made to more than 150 persons would trigger the obligation to publish a prospectus, which authorisation would fall under the remit of the Malta Financial Services Authority  and not the MSE.

In terms of the Prospects rules and subject to the two provisions above, an applicant for Prospects will not be required to issue a prospectus but instead it must publish an admission document. The Prospects rules include an appendix which provides a template of the requirements making up an admission document, which to some extent is quite similar in terms of disclosures to what one is accustomed to find in a prospectus.

The process to obtain a listing of equity or debt securities on the regulated main market generally requires the drawing up of a prospectus in line with a set of building blocks in compliance with the EU Prospectus Regulation, and which is then submitted for approval to the Listing Authority. The prospectus is made up of a registration document, a securities note and a summary note.

Apart from the requirements of the building blocks, in the case of debt securities offered to retail investors, issuers need to also comply with the Listing Authority policies of March 5, 2013, which basically include the submission to the MFSA of a financial due diligence report (FDDR) and a financial analysis summary (summarising to a certain extent the FDDR) that needs to be appended to the prospectus and updated annually thereafter.

The advisory team is another major difference between the regulated main market and Prospects. In the case of a listing on the regulated market, an issuer must appoint a sponsor in terms of Chapter 2 of the Listing Rules of the MFSA, while an applicant under Prospects needs to appoint a corporate adviser.

The sponsor has a key role in liaising between the applicant, its advisory team and the Listing Authority and it must perform all its responsibilities in connection with the application process. In essence, a sponsor must ensure that the company satisfies all conditions for listing; it must inform the company and its directors of the responsibilities attached to being a company with listed instruments and it must also ensure that all matters have been duly disclosed in the prospectus or to the Listing Authority, as applicable.

A sponsor, who at times undertakes also the role of manager of the issue, needs to have a minimum of a category 2 investment services licence issued by the MFSA. The sponsor forms part of the overall project team generally set up by each applicant for a listing.

The project team is made up of representatives of the issuer, the legal counsel to the issuer, the auditors or reporting accountants and the registrar. The services of the sponsor are linked to the listing process and once the prospectus is approved by the Listing Authority and the securities are subsequently listed, the sponsor does not remain engaged with the company.

On the other hand, the role of the corporate adviser is well articulated in all the literature published by the MSE. Prior to the application being submitted, the MSE Prospects rules state that a corporate adviser needs to conduct a due diligence on the applicant, its shareholders and also key management personnel. It must also provide advice and support on the creation of the business plan which then needs to form the basis of the admission document.

The brochures published by the MSE highlight the fact that a corporate adviser has a critical role in ensuring good corporate governance, transparency, viability and also investor protection not only at the application stage but also once the company is admitted to Prospects and for as long as the instruments remain tradeable on Prospects.

Recently, the MSE included a disclaimer on their website which becomes visible when one accesses the area on the home page related to trades that have taken place on Prospects. The disclaimer states ‘Securities admitted to the Prospects MTF are issued by small- and medium-sized enterprises (SME’s). Investment in smaller companies can involve greater risk than is generally associated with investment in larger, more established companies and can result in significant capital losses. Securities issued by SMEs tend to be illiquid and investors should therefore seek appropriate advice before making any investment.”

In view of the higher risk generally involved when investing in SMEs, Rule 2.06.02 of the Prospects rules also state that investors dealing in securities admitted to Prospects are required to sign a statement of their knowledge of the risk factors and disclaimers associated with that security (unless they are exempted under applicable legislation) in respect of every subscription and/or dealing in securities admitted to Prospects. The financial intermediary processing such an order must also confirm that the explanation of the risks involved in investing in such securities were provided and furthermore that an investor must limit the exposure to securities on Prospects.

Since the launch of Prospects, one equity was admitted in April 2017 and four bonds between May and August 2017. The equity issue was of €700,000 by the Italian company SFA SpA, while the size of the four bond issues ranged between €1 million and €5 million. Given the restriction of the value of the instruments admitted to trading on Prospects (i.e. up to €5 million and offered to not more than 150 persons in any EU  member state) one needs to be cognisant of the limited tradeability on the market which could therefore impact the liquidity aspect of such instruments. In fact, the statistics published on the website of the MSE indicate that since April 2017, no trading has taken place in the equity of SFA SpA. Moreover, only 18 trades took place across the four bonds for a nominal value of only €114,000.

On the other hand, in view of the significant difference in the size of most bonds and equities listed on the main market, trading activity is much more frequent, thereby offering investors the possibility of exiting prior to the maturity date of bonds. Most bonds on the regulated main market are generally above €10 million and the largest issue to date from a company other than a financial institution is of €65 million. The size of the issue and, as a result, also the number of holders of a particular bond help increase liquidity on the secondary market. Although not all issuers on the main market publish statisitics on the size of their bondholder base, it is now generally common for many issues to have several thousand investors.

While Prospects has been an important development for SMEs from an economic perspective, thereby allowing smaller companies to provide their investors with a venue to trade their debt and equity issues, the regulated main market remains the most important avenue for investors to gain sufficient diversification across their investment portfolios. It is, therefore, of fundamental importance that several new equity and bond issuers are admitted to the regulated main market in order to offer new investment opportunities to the growing investor population. 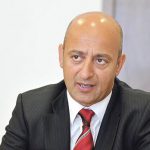 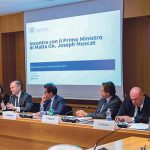