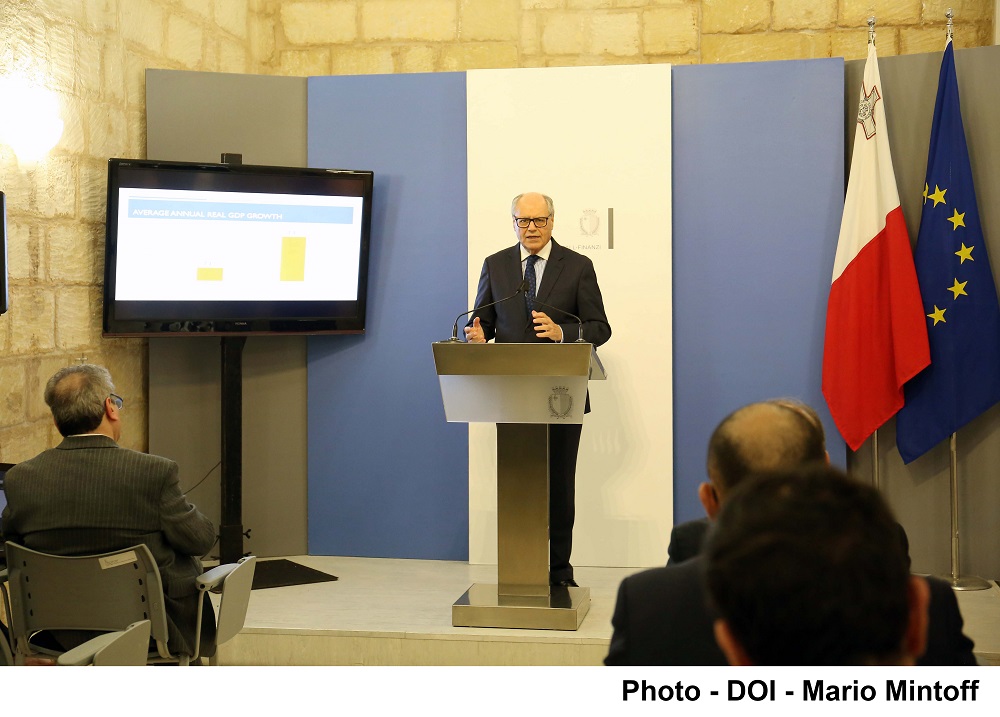 The Ministry for Finance welcomes the latest GDP data published by the NSO which showed that the Maltese economy grew by 6.6 per cent in 2018, securing its position as one of the fastest growing economies in the EU.

“Malta’s economic growth for 2018 exceeded expectations since actual real GDP growth was higher than projected by the Ministry for Finance, the European Commission, the International Monetary Fund and various Credit Rating Agencies”. This was stated by Minister for Finance Edward Scicluna during a press conference given at the Finance Ministry in Valletta.

“I am pleased to note that our country has been consistently recording historically higher economic growth rates in the last six years as this will ensure that the income of our country reaches the average income of the EU. This would ensure that Maltese and Gozitan families would indeed enjoy a higher standard of living”, stated Minister Scicluna.

During 2018, economic growth continued to be broad-based as the increase in the gross value added for all sectors reached €832 million. This was reflected in double digit growth rates by the arts, entertainment and recreation sector which includes igaming, agriculture, forestry and fishing sector and real estate activities. Other notable private sector increases were registered in the professional, scientific and technical and administrative and support, the financial and insurance and the construction sectors.

Worth noting is the growth in the manufacturing sector, where gross value added rose to 8.3 per cent last year.

Domestic demand continued to be the main driver of growth during the last year. This continues to reflect the dynamic performance of the labour market, boasting healthy growth rates in wages and salaries, a consistently record low unemployment rate and strong growth in employment particularly amongst females. Exports also contributed positively to growth. 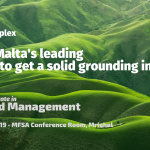