He will succeed outgoing chairman Deo Scerri as from October 2020, while Alfred Lupi will step in as interim chairman.

Local leading economist Gordon Cordina has been nominated to be the next chairman of Bank of Valletta, taking over from Deo Scerri who will be resigning from May 2020.

Dr Cordina will be assuming this post with effect from 7th October 2020, given that Dr Cordina will be fulfilling a cooling-off period of six months in view of his recent position as Director on the Board of Directors of another local credit and financial institution.

His appointment is subject to regulatory approval.

Dr Gordon Cordina is a leading economist in the Maltese Islands, with a professional experience spanning 25 years covering banking, policy-making, academia and private sector consultancy. He is a graduate of the University of Cambridge and the University of Malta.

His main area of academic interest is the growth and macroeconomic dynamics facing economies that are prone to heightened risks. Dr Cordina has several years of Board and Risk Committee experience in major financial institutions in Malta.

He served as Manager of the Research Department of the Central Bank of Malta, Director General of the National Statistics Office of Malta, Head of the Economics Department of the University of Malta and Economic Advisor to the Malta Council for Economic and Social Development.

Through the private consultancy firm he co-founded in 2006, he is involved in a number of local and international research projects and consultancy assignments with institutions including the EU Commission, Government ministries and authorities, NGOs and private sector entities. Gordon is a visiting senior lecturer at the University of Malta.

For the duration of Dr Cordina’s six-month cooling-off period, Mr Alfred Lupi is being nominated as interim Chairman of the Bank with effect from 16 May 2020, subject to regulatory approval. Mr Lupi was appointed to the Board of Bank of Valletta in December 2015 and currently chairs the Audit Committee and is a member of the Remuneration Committee.

Mr Lupi is an accountant by profession, with a degree in economics. He was Chief Financial Officer in two major companies in Malta and the Executive Chairman of Pavi Shopping Complex p.l.c. Mr Lupi was a non-executive director of the Central Bank of Malta, chairing its Audit Committee and also served as Acting Governor.

For a number of years, Mr Lupi chaired the Accountancy Board and was subsequently a member of its Quality Assurance Oversight Committee. Mr Lupi has held a number of board appointments mainly in the financial sector. 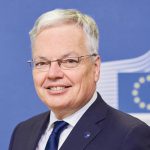 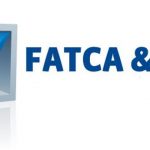