Following a meeting of the Public Appointments Committee held last Friday, the 6th of April 2018, the same committee—spearheaded by Government MP Edward Zammit Lewis, and in agreement with the Opposition—gave a positive recommendation for the appointment of Professor John Mamo as Chairman of the Malta Financial Services Authority.

Professor John Mamo obtained the Degree of Bachelor of Arts in 1966 and was awarded the Rhodes Scholarship a year after and accepted by Magdalen College, Oxford University to read for the research Degree B.(Litt) in Company Law which he obtained in 1970. In 1971 Prof Mamo obtained the degree of Doctor of Laws and in 1972 was admitted to practice at the Malta Bar. In 1975 he was appointed as part-time lecturer in the Department of Commercial Law and in 1988 was appointed Associate Professor in the Faculty of Law and later Head of Department of Commercial Law. In 1991, Professor John Mamo was appointed as member of the Permanent Law Reform Commission, and in 2002 he was appointed as Commissioner for Data Protection. Throughout his career, Professor Mamo served on the board of several companies in Malta and abroad as director or chairman.

Given the dynamism of the financial services sector with new niches being set-up, and also keeping in mind the government’s policies in areas such as fintech and the regulation of virtual currencies, ICOs, exchanges and related services, the need for new governors with expertise in these new areas arose and for this reason Mr Andre Psaila and Mr Mario Borg were also appointed as new governors of the Malta Financial Authority.

Mr André Psaila has been working with the Central Bank of Malta in the Investment Department for the past ten years, where he currently holds a senior management position. Over the years, he participated in various ECB working groups and he is now a member of the EU Sovereign Debt Markets committee. He has also given technical assistance on sovereign bond issuances to the Treasury Department and he is currently a member of the Public Debt Management Advisory Committee. He holds an MSc degree in Banking and Finance and a Bachelor of Commerce (Honours) degree in Economics from the University of Malta.

Mr Mario Borg occupied several senior positions, mainly in economic analysis/modelling and policy formulation, and had the opportunity to lead the drafting of some major government publications. Along the years, he headed the Macroeconomic Forecast Unit within the Economic Policy Department and was an economic advisor at the Ministry for Finance. Later on he was appointed Director Economics and Business Statistics within the National Statistics Office. These positions offered him the opportunity to work closely with international institutions and agencies such as the IMF, Eurostat and DG ECFIN, participating among others in various technical working group and committees including the LIME WG, the Forecast Experts Group, and Output Gap WG. He is currently a policy advisor working on the regulation of DLT, Fintech, and Financial Services and is a member on the Blockchain Taskforce. Mr Mario Borg holds a Bachelor of Commerce and a master’s degree in Islands and Small States both from the University of Malta, and an MSc in Economics from the University of York. 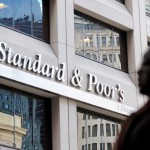 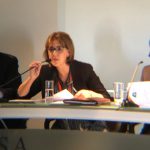